A Medieval mystery: The Percys or Percehays? 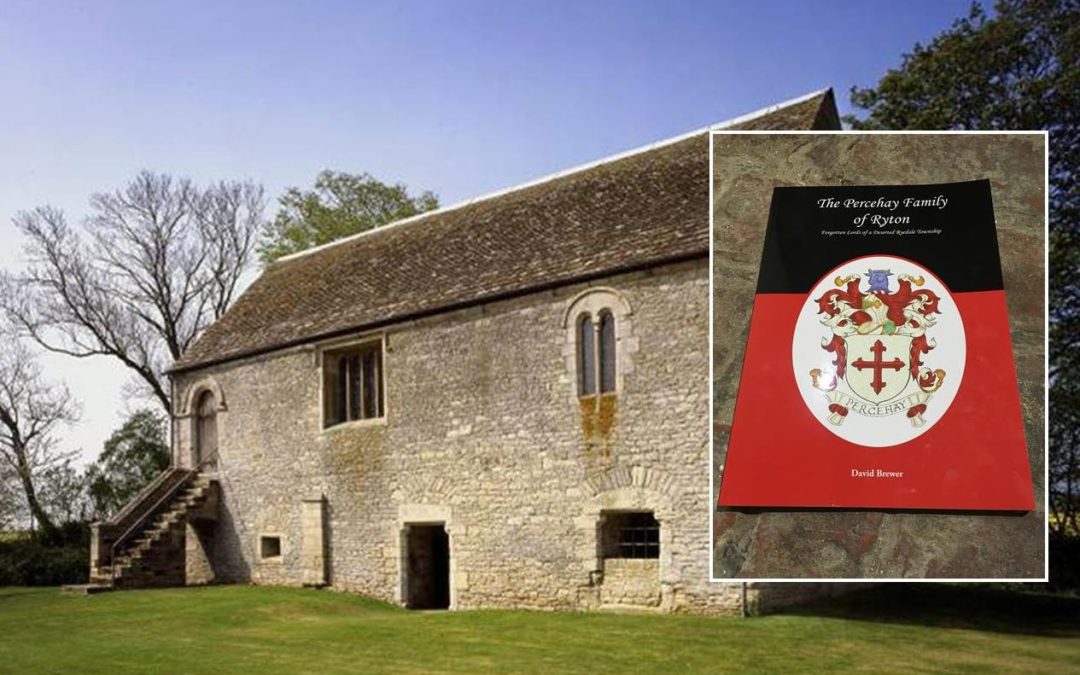 In 1356 Sir William Percy granted a plot of land – a former Norman manorial site by the River Foss, and the future location of the Merchant Adventurers’ Hall – to three merchants from York…or did he?

In this new, thoroughly researched book, David Brewer challenges prior interpretations and argues that the land was not in fact linked with the powerful and famous Percy family. Rather, having delved into the archives and drawn on a wealth of resources including ancient books, maps and deeds, he unearths a new story and links the site with a different brood; the Percehays. While once highly influential and connected with many members of the local gentry, the Percehays are now little-known and their formerly wealthy manor of Ryton stands empty.

The Percehay Family of Ryton: Forgotten Lords of a Deserted Ryedale Township serves as a challenge to this obscurity. It provides a fascinating insight into the family, their estates and their role over several centuries in the culture, politics and landscape of the North of England. While not as dominant a presence as the more famous Percys, the Percehay family were nonetheless notable and important with a rich history.

Having arrives in England sometime before the Domesday Survey of 1086, the Percehays wore many hats in their status as servants of the Crown. They were Knights, with the right to display their coat of arms, and they also acted as Foresters in Fee for Pickering Forest; served as justices of the peace, tax collectors; and levied troops to support the King in times of need. Ryton, now deserted, once thrived here, David Brewer re-discovers its history through detailed study of plans, deeds and place names.

This book provides a wealth of information on the history of the Percehays and Ryton, and explores why this once powerful family faded into obscurity and became forgotten. It is available to purchase at the Hall for £10, with all profits kindly donated by the author to the upkeep of the building.

Image: A Norman Manor House at Boothby Pagnell –  a building similar to this owned by the Percehay/Percy family would once have stood on the site of where the Merchant Adventurers’ Hall is now situated. A copy of the book: ‘ The Percehay Family of Ryton: Forgotten Lords of a Deserted Ryedale Township’