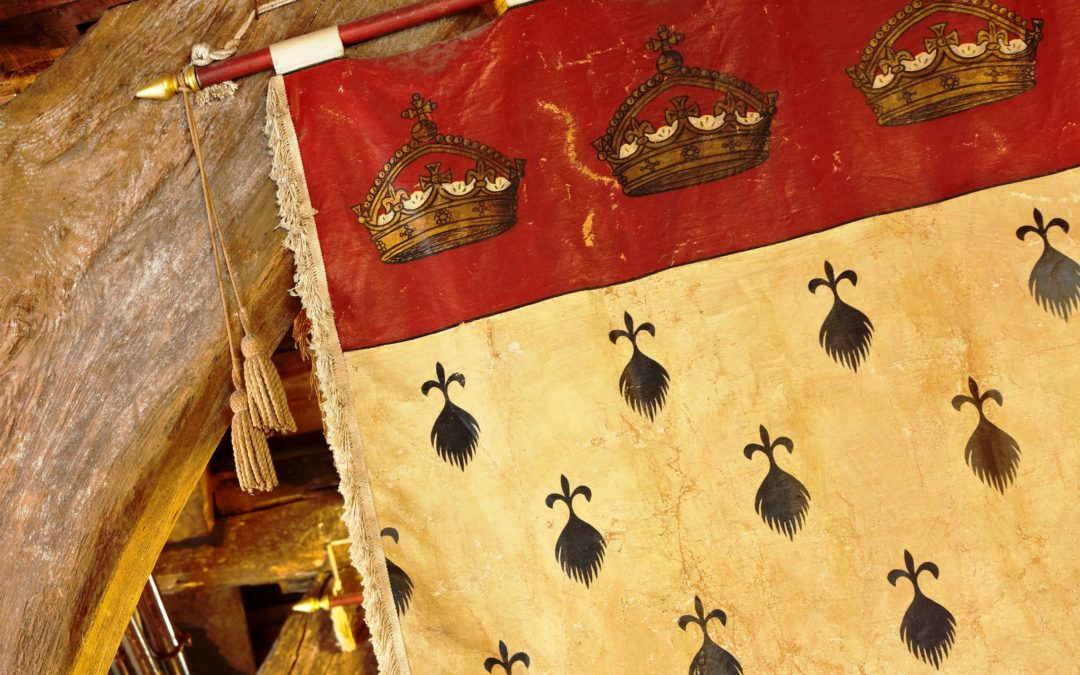 The Merchant Adventurers’ Hall has accumulated many treasures over the centuries: art, artefacts, architecture and the stories of those who have passed through its walls. This series seeks to shine a spotlight on the Hall’s incredible collections.

Part of what makes the Merchant Adventurers’ Hall so interesting is how it represents multiple layers of history; a 14th Century structure blends 16th and 20th Century extensions, all containing art and artefacts from across the centuries. One set of antiques particularly demonstrates this mixture, celebrating as it does York’s long and varied history.

In 1909, the York Pageant was held in the City. It was described as a ‘dramatic representation of the City’s history in seven episodes from B.C.800 to A.D. 1644’. One episode was set in 1483. It commemorated the arrival of King Richard III in York as part of his royal progress through England after his coronation. Prominent among those welcoming him were the graft guilds and companies.

The 1909 Pageant included 20 reconstructed heraldic banners, which were created by the local artist Walter Winterton. These are beautiful examples of heraldic craft guild banners, each painted with the Coats of Arms that were granted to the guilds at various times in the past. Hung around the Great hall and Undercroft, many of them show the tools or materials used by the trades ir crafts while others show emblems associated with royalty or with religious fraternities connected to the guilds.

As well as some well known professions, like the Goldsmiths and Glaziers, the banner also display the arms of other, more obscure bodies like the Curriers (leatherworkers) and the Cordwainers (goatskin workers). The banners therefore reflect the varied commerce and history of York and in doing so also reflect the complex, fascinating nature of the Company and the Hall.

If you’ve enjoyed reading about this Hall Highlight, why not come along and see the banners in person? Opening times can be found below.