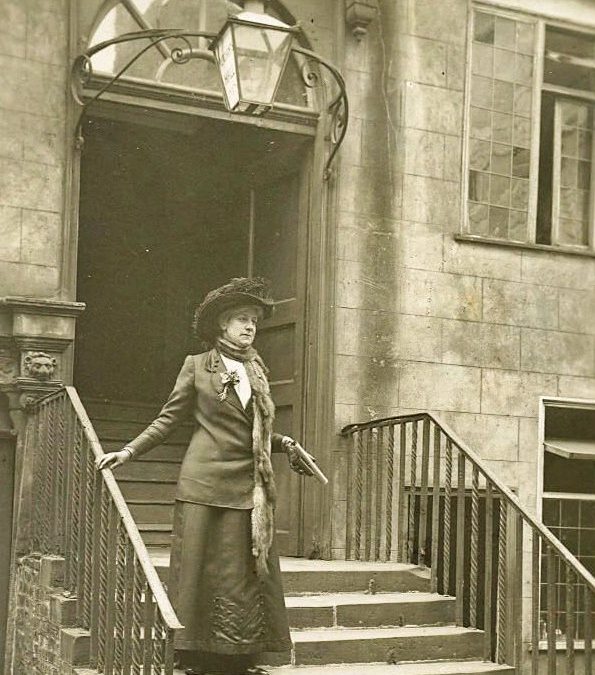 The Merchant Adventurers’ Hall has accumulated many treasures over the centuries: art, artefacts, architecture and the stories of those who have passed through it’s walls. This blog series seeks to shine a spotlight on the Hall’s incredible collections and individuals from its past.

To many, the history of the York Merchant Adventurers Company is seen as male only, an organisation more like a gentlemen’s club than a mixed fraternity of like-minded people, devoid of any female voices. This however would be to overlook the important role women have played in the history of the Company and the Hall. One formidable intellect especially emerges as a key figure: Dr Maud Sellers.

Born in Harrogate in 1861, Sellers studied at Newnham College, Cambridge and was awarded a PhD from Trinity College, Dublin in 1907. She specialised in economic history and so it is little surprise that she was drawn to the Hall which she first visited in 1895.

Maud quickly became deeply involved in the restoration of the Hall (which, by the late 19th Century, was ailing not just in the number of members but in the state of the building), particularly in securing funds and in the reorganisation of the archives. As well as this crucial role, she wrote an authoritative history of the Company and its Hall, which is still much used and appreciated. She also gave many guided tours of the building, and published an edition of the Company’s historic records.

Such was her huge contribution that Maud Sellers became a Member of the Company in 1913: the first female member in nearly 400 years. Furthermore, she became the Honorary Archivist to the Company in 1918. Her stature as a historian was also recognised further afield: the illustrious historian A.J.P. Taylor asserted that he had, “learnt more from Maud Sellers [sic]…than I did from all my tutors at Oxford”.

Maud Sellers died in 1939, but the exemplary work she did in the archives, and in writing a thorough history of the Company and its Hall, means her legacy continues to this day. Because of her, this facet of York’s history has become open and accessible, and many people make use of the Company archives to contribute to the ever expanding understanding of the heritage of the Company, Hall and its City.

If you’ve enjoyed reading about this Hall Highlight, why not come along and drink in the setting of Maud Sellers and her work? Opening times can be found below.